Posted on December 12, 2017 by theplayset Posted in Game Discussion

In this article, I’d like to talk about how I prepare for a competitive VS2PCG event, and why I believe it’s a good approach. We will discuss how to anticipate the meta and the anti-meta, how to use that information to build your own decks, and finally, how to test those decks and track results. After doing all that, you should have the tools necessary to make an intelligent, informed decision on the deck you bring to any competitive event. Let’s dig in!

Simply put, the meta can be defined as the decks that are brought to an event. The meta can be shaped by many things, including previous tournament results, the discussion in large groups (like the VS2PCG Collective on Facebook), the size of the event, the playing/deck building tendencies of the players, and the size of competing play testing groups or teams.

Looking at tournament results is the best place to start when calculating what the meta might be. People like to play decks that have had some proven success, and it’s not uncommon to go into an event and find yourself playing against a deck with a nearly identical deck to one that had success at a different tournament.

It’s worth noting here that the more new cards that have come out since the last major tournament, the more outdated the deck is and the less reliable it is to use as a guide for the meta.

In the case that no major event has happened since the release of some new cards, the easiest way to find out what people think is good and what is bad is to hang out in the Collective on Facebook. It’s easily the most active area I’m aware of, and you’ll find input from all the top players and teams there. When spoilers begin for a new set, they generate a lot of discussion about what new cards people are excited about, and how it may affect some of the older cards. If you’re starting from scratch, the Collective is the place to be. Look for patterns or consensus about what deck seems to be strong at any given time. Right or wrong about how good it is, it’s the best way to find out what to expect people to bring. In my time in the Collective, I have yet to see any reasonably sized tournament not be mostly comprised of whatever main characters the collective hadn’t already been talking about.

Anticipating the size of your event well is important to being able to anticipate the meta. At larger events like Gencon and Origins (50+ players), two things are likely to happen.

First, you are very likely to see a very large amount of the top 1-3 decks. If there is a clear favorite deck, I plan for 50% of my games to be played against that deck. If the meta is a little more diverse, I plan on spending 65% of my matches playing one of the top 2 or 3 decks.

Second, in a large event you are likely to play about 30 – 50% of your games against decks you have not anticipated, which means neither a meta or an anti-meta deck (we’ll get to what that means later).

However, the smaller the event size is, the more likely it is to develop an inbred meta. An inbred meta is a meta largely defined by a large testing testing group working together that will later compete against each other in the event. For example, imagine you host a small event. You and your two friends have been vigorously preparing and testing for the event by playing each other’s decks and talking about what is good and bad about them. When the event comes and a total of 6 players show up, you and your friends have now defined half of the meta for that event. This is neither inherently bad nor good, but knowing whether your two friends like to play a certain way or use a certain deck will give you a strong estimate of the meta for that event. 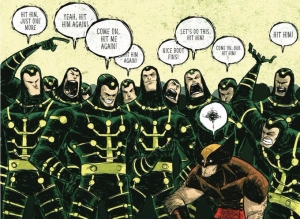 This is an often overlooked factor in developing a meta, but it can play a significant role. The best example I can think of is Daily MetaGame at Gencon 2017. Gencon had roughly 90 competitors that year, and approximately 10 of them belonged to one single team. As far as I’m aware, their entire team brought the anti-meta deck Warrant Officer Ripley. That alone accounted for a significant shift in the meta. If all of them had chosen to play the meta deck of Thor, the results of that tournament would have varied significantly. Instead, a heavier presence of Warrant Officer Ripley lead to less success for the meta deck players, but significantly more success for the decks that were less accounted for (Mystique, Kingpin, and Sister Grimm, in that year’s case). So whenever a big team carries the power to create a portion of the meta itself, it’s important to understand the tendency of that large team. If they tend to play meta decks, anti-meta has a much larger chance of success. If they play tend to play anti-meta, bringing the meta deck should give you some pause.

If the meta is the deck that beats most other decks most often, the anti-meta is the deck that beats the meta. These decks are much harder to find, build, and anticipate than meta decks. A meta deck is always good, and finding ways to consistently beat a good deck is hard. Nevertheless, you should always assume that some clever person somewhere has found a way to beat the meta deck, and it’s always worth trying to prepare for the prevalence of that deck in your meta.

Based on the results of previous tournaments, the best anti-meta decks very clearly focus on disrupting or eliminating what the meta deck wants to do in order to win. Magneto was designed to discard the locations that Thanos needed to use to fire off his level 2 super power. Captain Marvel took advantage of Dark Phoenix’s lack of counter control. Warrant Officer Ripley made it impossible for Thor to capitalize on his exceptional ability to wound the main character by repeatedly dazing herself until the rest of the board was insurmountable. Dark Phoenix currently utilizes Net Launcher to daze Thor repeatedly until, again, the board is too large to deal with.

In each of these cases, the anti-meta has capitalized on being able to successfully inhibit the meta strategy.

Therefore, it seems the most reliable way to find an anti-meta deck is to find out what the meta deck has to do to be successful, and find cards that can disrupt that strategy. 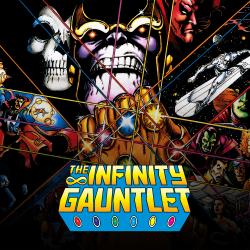 Alright, so you have an understanding of the meta and some ideas about the anti-meta, now we have to set about building a testing gauntlet of decks.

If you’ve gotten this far, it’s pretty likely you’ll have a gauntlet of decks already. By using recent tournament results, you should have some decks up and running just from those lists. Maybe they need some adjustments from some new cards. From there, perhaps you’ve built a couple of decks that you think can qualify as anti-meta.

Now, the last step is to build some decks that you think have a fighting chance against the meta, and can dominate the anti-meta. If there are any new Main Characters out that you think have potential, this is when to build them. This part is just an estimate, which can be refined through testing. Historically, some decks like this include Sister Grimm, Kingpin, Luke Cage, and Captain Marvel.

Be generous here in your building. Be as creative as possible. Don’t leave any deck unturned. The more decks you build, the less chance you’ll be surprised during the tournament, and the more chance you’ll have at being the one to shock the field.

By now, hopefully you have a sizable gauntlet of decks. I find that at this point it’s most helpful to set up a spreadsheet to track testing results. My spreadsheet will include the following information: the deck list, it’s win/loss record (in total, against specific decks, and going first/second), and any notes I want to take about what went right and what went wrong. Doing so allows me to see what a weakness may be with a deck, or what the best play is in certain scenarios.

The most important deck to play against is the meta deck. At this point forward it will become important to maintain two identical copies of the meta deck. As you test, leave one of them available for changes you want to make based off testing results, and leave one as it originally appears. The reason for this is twofold– first, it’s likely you end up wanting to take the meta deck to the tournament, and you will have a version that should be prepared in the mirror match against how you expect most people would build the meta deck. Second, you will also have a meta deck that is slightly better against more decks than the standard version.

From here, continue testing, building, and rebuilding as much as possible. This should take up the majority of your prep time. Make sure you continue to diligently track the statistics, and to test the meta mirror match.

Deciding What to Bring

In the end, you should have some tangible win/loss statistics. In general, I think it takes about a 75% win percentage during Swiss rounds to hit the top.

As such, I like to use the following general guidelines to decide what to take.

These are of course difficult numbers to achieve. I recommend taking whatever seems closest to these numbers. The win rate in total is not a good indicator of your expected success by itself, as most games will be with decks you aren’t likely to see in the tournament. Try to keep the meta win rate as the largest priority. Never take anything to a tournament that you expect to perform at less than 50% against the meta deck.

Alright guys, if you made it this far, thanks for reading! I’ve used and refined these techniques to reasonable success in my events. I wish you the best of luck in your future tournaments (as long as they aren’t against me, of course).