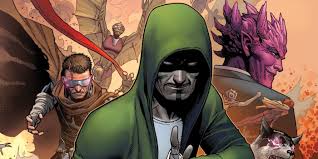 What’s up everyone. It’s been a while since I’ve had a post under the SotM title but we’re back today on ThePlayset.com with a Monsters Unleashed main character preview! Let’s dive right.. 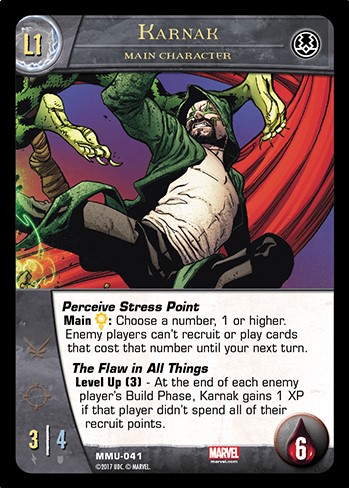 We have a 3/4 with 6 health. So he has the life to hang with the bigger known threats of the current meta, good start. Being a 3/4 isn’t going to get you very far by itself though but fear not, you have options with various combat pumps or most likely with the unrevealed Inhuman supporting characters and plot twists.

His primary ability allows you to pay a yellow to choose a cost of 1 or higher and prevent the opponent from playing or recruiting cards with that cost. While his XP condition requires the opponent to not spend all of their resource points for 3 different turns, his primary ability directly helps with accomplishing this so things are looking doable on that front.

Now, I bet you’re thinking, well what does his level 2 ability do? 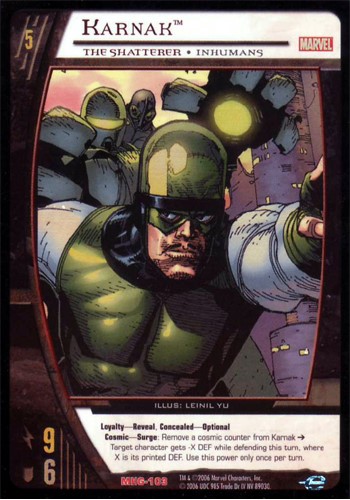 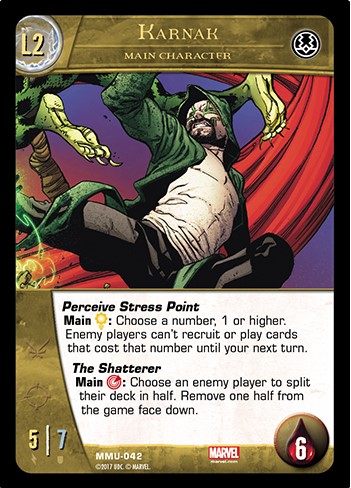 For a red you get to remove half of an enemy players deck from the game face down. While you don’t lose for having no cards left in your deck and drawing in VS 2PCG, removing half of the opponents remaining options doesn’t seem terrible even if only done once. Do it twice and one might start to wonder what the opponent could possibly have left in the tank. Stat wise being a 5/7 is fairly average leaning towards defense so hopefully he gets some good support and some strong supporting characters.

Karnak is known to be a planner and his primary super power reflects that greatly. I think he’s interesting as a control type of MC which is something I feel this game is currently lacking. If Karnak is any indication of the Inhumans things are definitely looking good.

I’m eager like everyone else and can’t wait to get my hands on the rest of the cards. Shout outs to Mark for giving me this awesome MC to preview and to Rob Bigio and ThePlayset.com. for having me.

Some things to note before you go trading Chad tacos for questions;

His ability does not prevent super powers from being activated (Shadowcat, Deadpool, Ultron, etc).

Power ups are a game action and his ability does not prevent them or any additional things that come from them(Madam Masque, etc).

Currently the only costs in the game are the recruit costs for supporting characters and equipment. I assume it says “play” for future purposes (similar to how Nebula says level 2 or higher).

When activating his The Shatterer ability, you simply cut the deck equally in half and select a half (this means you could select a half with known cards in it from something like Professor X’s Cerebro ability).

Thanks for reading! I hope everyone enjoyed this preview. Comment with any questions or discussion. Until next time.. go Globo Gym 😉 #purplecobras #allforfun #donttakeitseriously 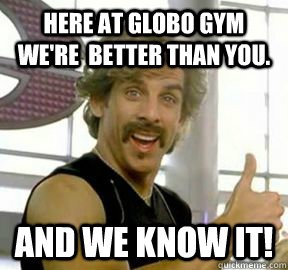